Make Some Noise: Why Radio Advertising is the Best Thing Ever

Radio has a popular advertising choice for decades – and for many good reasons. It’s cost effective, can be incredibly intimate, and a fantastic storytelling medium. Here are a few reasons to consider the humble little radio spot for your next marketing investment.

Think about it; your target girl or guy is sitting in their car in a traffic jam, sipping on their soy double-shot latte. They’re literally unable to get out of their car. Short of them changing the channel, you have a captive audience. Even better, if your ad is worth listening to, they might even take notice of what you’re trying to say. And nothing sends a strong message like a strong script.

Tickets are cheap at the Theatre of the Mind.

People have been telling stories through radio since they became a mainstay in homes, because it’s a great medium for doing so. Through radio, you can transport people to the belly of a bomber plane during World War II. You can create the sounds of a 1920s cocktail party. Heck, if you use sound cleverly enough you can take your audience to the outer reaches of space. Radio is just about the cheapest way to get someone there too, as you don’t have to worry about speccy visual effects or CGI. Radio advertising can be one of the most cost-effective options for reaching lots of people.

All you need is a good script, a good sound engineer and a bit of imagination on the audience’s part. The theatre of the mind relies on the listener filling in the spaces you’ve left for them. An average script will have someone spelling the action out (“I’m going to walk over and slap you now”) while good production can convey that through sound alone – which can also be pretty fun to listen to. Want some examples? Try this one, this one and this one (it’s set in space!)

You can say one thing and say it well.

This goes for pretty much all marketing but is particularly appropriate in radio advertising. You have a limited time to make your impression – usually 30 seconds, and those 30 seconds will probably be followed by someone else’s message. Radio ads are all about efficiency and clarity. There’s nothing worse than a spot with 10 different messages, telling people you’re open until late and you sell the biggest range and you have the best service and you’ve been in business for fifty years. Keep it simple.

On that note, people need a clear message to take away, and most often they remember the last few words of the ad. To be honest, I don’t think people sit and take down phone numbers from radio ads. They’re more likely to look up the brand name or visit its website. Most people know how to Google these days.

The best scriptwriters I know have a lot of fun with their scripts, no matter the brief. Good scripts often push the boundaries in some way, whether it’s through humour, tone or structure. You usually have 30 seconds to engage, draw in and communicate to your audience. If you build up enough of a story, they’ll be hanging off your next words. It’s like a good joke – the more someone wonders where you’re going with it, the more they’ll want to hear the punchline. 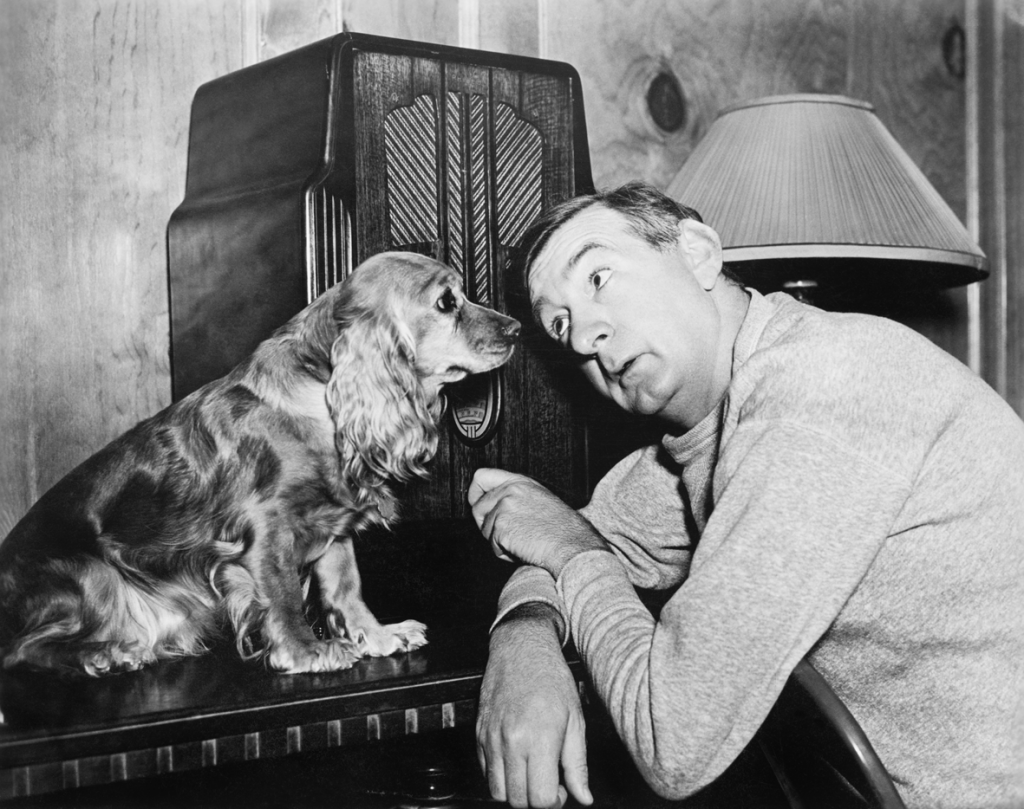 There are no rules.

Every copywriter will have in their mind what constitutes a good radio script, but occasionally it’s good to throw out the rule book. Every client and audience is different, so every solution will be different to suit. It can be hard for businesses to go out on a limb when they’re investing money, but the last thing a business wants is to blend in with every other business advertising their wares. Different is good.

Ironically, the best way to cut through the noise of most radio ads is sometimes not to be the loudest, but the softest. Just like the greatest orators in the world have used silence and long pauses to their advantage, so can copywriters in scripts. This isn’t a reason to use radio as such, but I think it’s an important point to make. It’s better to look at the overall value of the ad rather than feeling the need to cram every second of the spot with information.

Radio advertising isn’t going to be the solution for every business or every marketing need, but I believe it’s an underrated channel. Like anything worth doing, it needs to be done well; a good script can be the difference between a few new customers and many.